Google Introduces Products That Will Sharpen Its Ad Focus 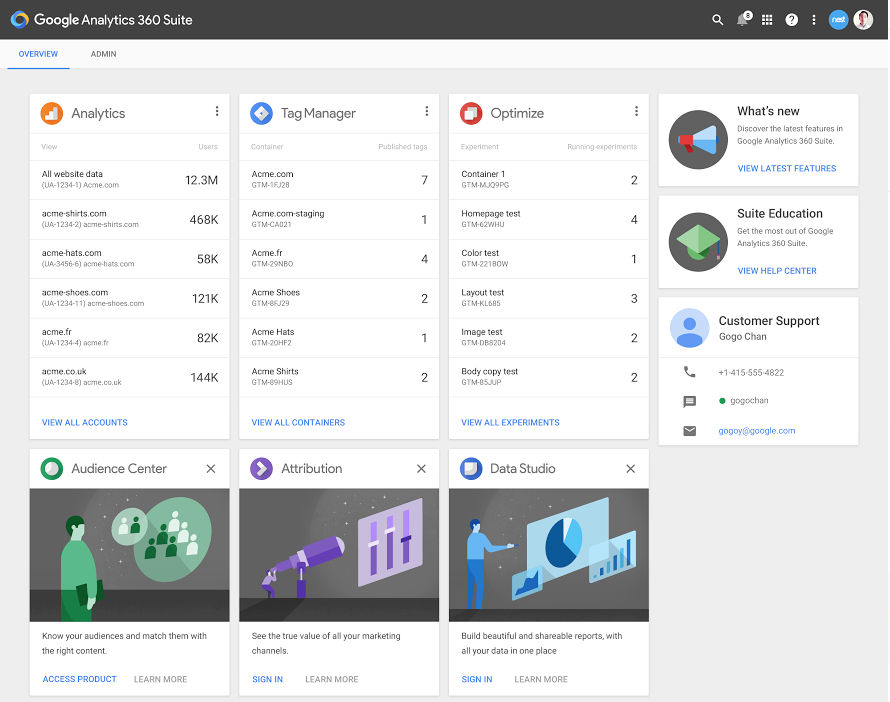 SAN FRANCISCO — Google’s skills in tracking people, figuring out desires, and placing ads revolutionized the world of marketing. Now it is adding even more technology muscle to its ad business.

On Tuesday, Google announced a package of products aimed at helping companies more efficiently figure out what potential customers are interested in and how to sell things to them.

The products, called Analytics 360, are Google’s attempt to surpass efforts by companies like Adobe, Oracle and Salesforce in creating marketing clouds that companies use to collect and manage data about customer behavior. A decade ago this was a haphazard affair for data enthusiasts, but increasingly it is an ordinary part of sales.

For Google, it is the main business. In the fourth quarter of 2015 the company had revenue of $21 billion, $19 billion of which came from advertising. While some of that is from individual ad purchases, an increasing amount comes from comprehensive marketing campaigns by big companies.

Analytics 360 involves figuring out someone’s habits over numerous screens, including desktop web surfing, television, and the web and app parts of smartphones. There are ways to tailor page designs for many of these screens, and place ads using both Google properties and third-party services. There are tools for figuring out the efficacy of ad campaigns and, this being Google, lots of advanced analytics tools in every component.

It is a healthy reminder that while Google has thousands of the world’s smartest people and works on things like self-driving cars, flying robots and computers that can beat humans at the world’s hardest games, more than anything it is a company about advertising and marketing.

It was a pioneer in personalizing both web searches and the ads that go with them, but over time it has drawn significant competition.

Oracle has spent over $3 billion acquiring companies and hiring staff members for the marketing cloud-computing service it started last year. Adobe, once known for its graphics software, last year got $1.4 billion of its $4.8 billion in revenue from its marketing cloud and is racing to add analytic technology to its offerings.

Last month, Salesforce, a pioneer in online software, said its marketing cloud revenue grew 29 percent, to $654 million. Numerous start-ups have been created by former Googlers and others for things like tailored web pages and data “journeys” that follow customers, or the marketers trying to figure out what to sell them and when.

“Mobile is about moments, shorter and more fragmented. It’s important we string these together,” said Paul Muret, the vice president for display, video and analytics at Google. “We need to understand the desires of consumers in each point in time to understand their context and intent.”

How well that works will be interesting to watch. The kind of artificial intelligence research like DeepMind, a Google project that last week won a contest with the world’s foremost human player of Go, “is a broad area of investment at Google,” he said. “We of course are taking advantage of this in our marketing technology.”